Seth C. Hawkins, MD, FACEP, FAEMS, MFAWM
Dr. Hawkins, the Carolina Wilderness EMS Externship course director, holds dual board certifications in emergency medicine and EMS, and is the first physician ever awarded the degree of Master Fellow by the Academy of Wilderness Medicine. He is Medical Director of Burke County EMS and Landmark Learning, founder of the Appalachian Center for Wilderness Medicine, founder and current Chief of the Appalachian Mountain Rescue Team, and co-founder of Vertical Medicine Resources. He was named a “Hero of Emergency Medicine” by the American College of Emergency Physicians for his work in wilderness EMS in 2008, and received the Wilderness Medical Society Ball Watch Award (now the Ice Axe Award) in 2009. He was named one of the Top 10 Innovators in EMS in 2011 by JEMS for his work as the co-founder of the Wilderness EMS Medical Course (jointly sponsored by the National Association of EMS Physicians and the Wilderness Medical Society).  He also serves as Executive Editor of Wilderness Medicine Magazine and helped develop one of the first wilderness EMS degree programs in the country at Western Carolina University. He is the co-author of Vertical Aid: Essential Wilderness Medicine for Climbers, Trekkers, and Mountaineers and the editor of the textbook Wilderness EMS. His current academic appointment is assistant professor of emergency medicine at Wake Forest University School of Medicine

Burke EMS Special Operations Paramedics
All Burke County EMS Special Operations paramedics are meticulously trained in wilderness medicine and rescue operations. Many have subspecialties — for instance, some serve as personnel on the state North Carolina HeloAquatic Rescue Team (NCHART), others serve on the county Tactical EMS team, while others serve as officers on local Fire- and Rescue-based technical rescue teams. They each serve as faculty for the Extern experience and share their unique experiences and specialties. A very important part of the Externship training philosophy is that you are truly learning from practicing experts who are currently active in field response. Phil Leonard is the EMS Liaison between the Carolina Wilderness EMS Externship and Burke County EMS (BCEMS). He is a BCEMS paramedic and training sergeant, as well as a member of the BCEMS Special Operations Team.  He was the recipient of the Excellence in Prehospital Medical Care Award from Mountain Emergency Physicians and Blue Ridge HealthCare in 2009.  He is a member of numerous wilderness rescue teams, including Burke Search & Rescue and the NC HeloAquatic Rescue Team, and has served as an instructor for the Appalachian Center for Wilderness Medicine. He is the course director of the Carolina Wilderness EMS Summit. David Young, Paramedic
Mr. Young is the Global Course Manager for Hawk Ventures. He comes to the Carolina Wilderness EMS Externship from the US Army Special Forces military arena, where he was primarily responsible for training Special Operations medics and other military and civilian medical personnel at Fort Bragg, NC. He is a graduate of the famed Western Carolina University Emergency Medical Care Program, the first Baccalaureate EMS program in the nation, and is the former EMS Coordinator for Western Piedmont Community College. He is a Level 2 NC EMS Instructor and currently works as a paramedic in Rutherford County.

Mr. Brenton Queen, Executive/Health Care Coach
Mr. Queen is an executive coach in private practice in Hickory, NC, and is on our staff in the innovative role of health care coach. He is passionate about people being able to have what they really want in life, and is committed to people seeing their greatness. He has special interest in preventing burnout in physicians, and helping them achieve their goals both professionally and personally. He joins the entire Carolina Wilderness EMS Externship leadership in a particular interest in protecting personal and family relationships in health care careers. In that context, he is also a relationship expert who has been specifically trained to address couples/marital problems including divorce, infidelity, and conflict resolution.

Organizational Staff and Resources
Multiple personnel throughout all the participating agencies are available to assist with the Externs and assure their month is productive, safe and meaningful. In particular, the Graduate Medical Education Office (GME) at Carolinas HealthCare System-Blue Ridge facilitates the logistics of graduate medical education and student/resident credentialing. Burke County Search and Rescue, Burke County Rescue Squad, and Burke County law enforcement officers on specialty teams such as tactical and dive teams all contribute to the learning experience as staff and instructors.

Other outside agencies have served as staff and resources for the Externship as well. These include: 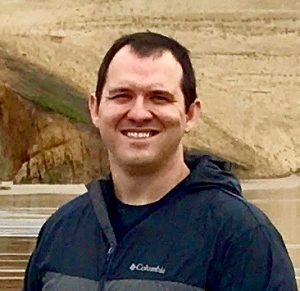 Bryan is a rising third year resident in Emergency Medicine at the University of Texas Health San Antonio. He hails from Charleston, SC and attended The Citadel: The Military College of South Carolina. While in college Bryan began working as an EMT-B and firefighter during summers with the Isle of Palms Fire Department responding to medical calls, fires, and beach water rescues. Following college, he accepted a full-time position until completing paramedic school working for Mt. Pleasant Fire Department. There he obtained a Medical Field Officer position and was an EMT instructor. Bryan became one of the first paramedics working on the department’s innovative quick response program. Later, he was accepted to the University of South Carolina School of Medicine, and then moved to San Antonio, Texas for residency. Throughout his time during undergraduate and medical school Bryan has always been a volunteer firefighter with local rural communities. Bryan joined the Boy Scouts at age six, developing an interest in wilderness activities. He was able to experience some amazing adventures and was introduced to the challenges of wilderness medicine as a Scout. Bryan obtained the rank of Eagle and was awarded the Medal of Merit for medical care provided during a scouting hike. He is still active with the Scouts, volunteering as an Alamo Area Council Eagle Scout Alumni Committee Member. Bryan also works advising medical students through the wilderness medicine interest group. His focus on EMS has led him to be a founding resident of the program’s pre-hospital scholarly tract and member of the Southwest Texas Regional Advisory Council Resuscitation Committee. Bryan’s current research focuses on prehospital sepsis protocols. Bryan is often flanked by his partner Cassie, an Emergency Nurse, and Logan, his furry companion who enjoys exploring the country with Bryan. When Bryan is not learning medicine, he can be found cooking, enjoying a rollercoaster, or relaxing with a movie. Following residency Bryan hopes to complete a formal fellowship in EMS. 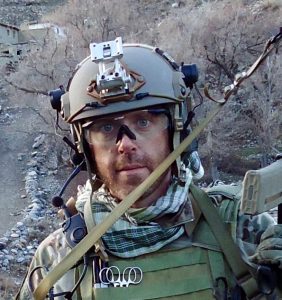 John grew up on the North Shore of Boston where he played soccer and wrestled in school. His father instilled a love for the Appalachian Mountains and the wilds of northern New England. He climbed his first 4,000-foot mountain at age 5 and backpacked on the Appalachian Trail at twelve. Since then, he has visited many wild areas to backpack, rock climb, backcountry ski, and surf (poorly). During his twenties he worked as a farmer and landscaper before settling into carpentry. He specialized in historic houses and his skills ranged from frame to finish work and custom cabinetry. He switched gears to spend ten years in the United States Army as a Special Forces Medical Sergeant, also known as a Green Beret. He deployed four times to Afghanistan and once to Kyrgyzstan. His responsibilities were broad and included everything from front line combat trauma care to field sanitation. He trained many other American and foreign military medics and then worked alongside them operationally. His love of medicine grew from its ability to connect people from all walks of life, whether treating fellow soldiers or local village children. While on active duty he received his Bachelor of Science degree in Emergency Medical Care from Western Carolina University. John is currently a 4th year medical student at UNC-Chapel Hill. He was selected as a Kenan Primary Care Scholar who has demonstrated a desire to practice medicine in a small Western North Carolina mountain town. Professionally, he aspires to teach wilderness medicine to allow others the ability to enjoy remote areas and return safely. He currently spends his free time hiking to waterfalls and grassy balds with his wife and three young children.